“The soil gives us much more than flowers that are beautiful to look at or fruitsand vegetables that are good to eat. It gives us hope, courage, patience and quiet joy. It anchors us to something solid, fundamental and timeless.”

The Carmel-by-the-Sea Garden Club was organized in January of 1980 by two women, Carol Stratton and Jean Mitchell who shared a love of gardening. The Club was incorporated in December 1981.

Membership in the Carmel-by-the-Sea Garden Club is by invitation. 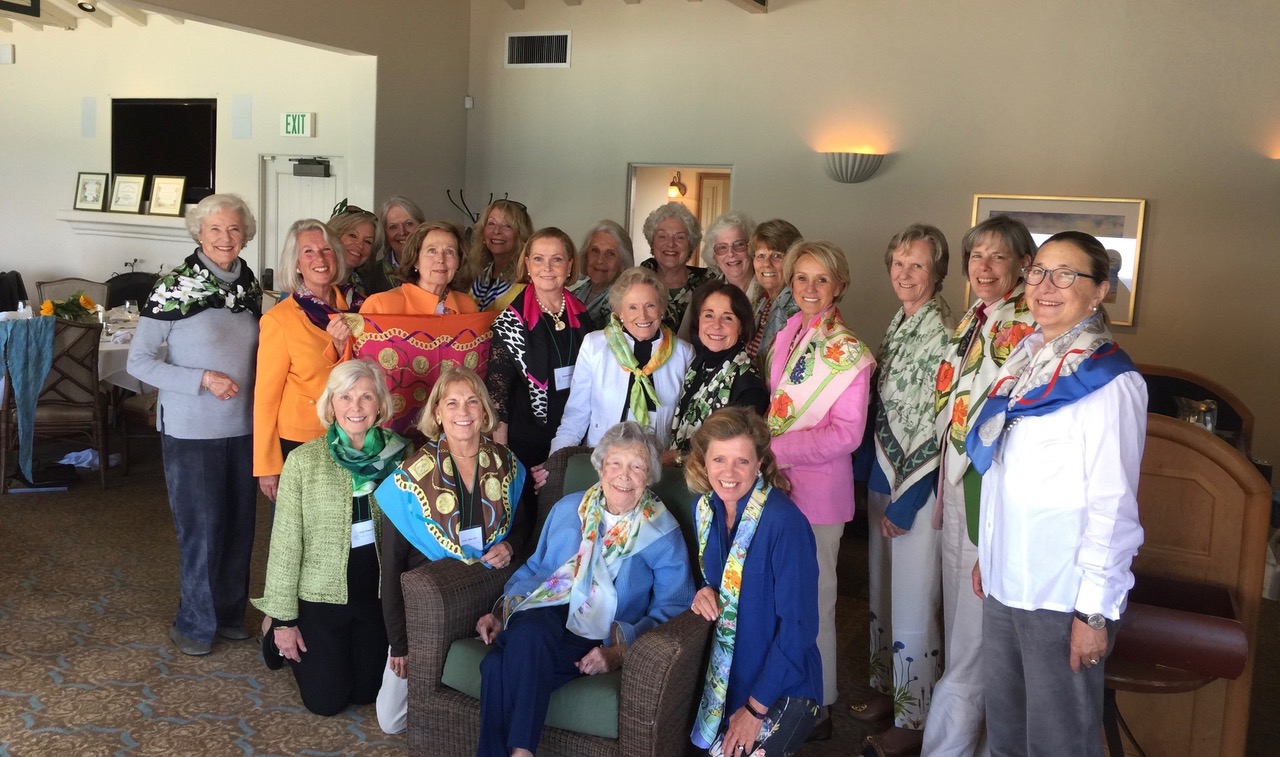 The Purpose of the

To stimulate the knowledge and love of gardening:

to share the advantages of association by means of

publications; to restore, improve and protect the quality

of the environment through programs and action in the fields

of conservation, civic improvement and education.

In 1986, the Club became a member of the Garden Club of America.

The purpose of the Garden Club of America (www.gcamerical.org) is to stimulate knowledge and love of gardening; to share the advantages of association by means of open meetings, conferences, correspondence and publications; to restore, improve and protect the quality of the environment through programs and action in the fields of conservation, civic improvement and education.

The Garden Club worked from its founding in 1980 to ensure that the old Piccadilly Nursery site was saved as open space and raised funds for the relandscaping of Piccadilly Park, which was completed in 1998. The Garden Club assisted in the reestablishmen of the pre-1865 kitchen garden at the Cooper-Molera Adobe in Monterey.

Members have also held annual Christmas Workshops to distribute tray-favors to the library outreach and seniors who are homebound; launched the Civic Beautification Contest which encouraged the merchants in Carmel to plant areas and courtyards around their shops; provided plans and plant material for Norton Court senior housing and First Murphy House, the city’s history museum.

The Club participated in the establishment of a garden at the Carmel Middle School and a grant was given by one of the members in memory of her husband. Today the Hilton Bialek Biological Science Project is a showplace for educators and conservationists.

The Club raised money for and implemented a new landscape plan and planting of the Harrison Memorial Library Garden, which is a historic building in the heart of Carmel-by-the-Sea. Members continue to contribute volunteer hours and funds for the ongoing maintenance of the Library Garden and Piccadilly Park.

With the donation of private funds, the Club facilitated the extensive restoration of the garden at City Hall, which was dedicated Oct. 5, 2012 in memory of member, Connie Ridder. The garden is maintained by the City of Carmel.

Beginning in 2009, the Club embarked on a long-term project in collaboration with the City of Carmel-by-the-Sea to restore the Del Mar Dunes at the northwest corner of Ocean Avenue and San Antonio Street. The Club’s restoration plan was submitted to the Garden Club of America as part of their 100th Centennial Anniversary in 2013. Clubs throughout the country were asked to honor this anniversary with a special “Centennial Tree Project” in their community. The Del Mar Dunes restoration project was selected. The restoration involved repairs to an existing old growth cypress, removal of non-native plants and replacing them with native species. Included was an interpretive sign and a seating area with three natural log benches overlooking Carmel Beach. Club members will continue to work with a dunes restoration biologist to maintain a natural dunes ecosystem.

A major focus of the Club from its inception has been to award scholarships: first to the GCA Scholarship Program, and currently includes annual scholarships in our local community. The Club supports students in the Horticulture Department at Monterey Peninsula College, as well as students in Environmental Studies at California State University Monterey Bay. The Carmel Middle School’s Hilton Bialek Biological Science Project also continues to receive funding.

On a national level, as part of the GCA Garden History and Design Committee’s educational program, members of the Club have photographed and documented local gardens, many which were accepted by the Archives of American Gardens at the Smithsonial Institution. The most recent garden to be submitted and accepted was the Constance Meach Ridder Memorial Garden at Carmel-by-the-Sea City Hall.

The Shirley Meneice Horitultural Conference named in honor of a distinguished Carmel-by-the-Sea Garden Club member, seeks to improve horticultural skills of members throughout the GCA Clubs. The Workshop is held annually at different locations in the United States.

Club founders had the foresight to establish the Carmel-by-the-Sea Garden Club Founders Endowment Fund with the purpose to ensure that public gardens created by the Club will be maintained in perpetuity. With generous contributions and a very successful fund-raising event in 2013, this fund is now completely endowed.

Upon the passing of founder, Carol Stratton in 2014, her brother offered the Club a substantial donation to create a memorial to Club founders, Carol and Jean Mitchell. It was decided that the best place to do this would be where it all began: in Piccadilly Park.

A major renovation of Piccadilly Park took place in eary 2015. A beautiful sign honoring the Club founders was placed in the garden. A dedication ceremony held on May 7, 2015 was attended by Carmel city officials, Club members, friends and family of both founders