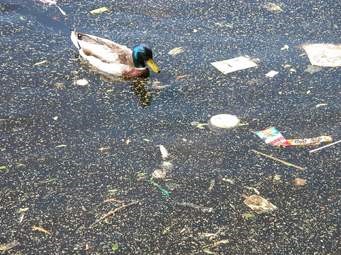 The City of Carmel-by-the-Sea has a history of caring for the environment and encouraging children from our local elementary schools to learn about government.  During the Spring of 2017, these two factors produced some very powerful results.

As part of the Project Based Learning Model adopted by Carmel River School, last year’s fifth grade students were asked to answer the following question, “How might you reduce our local waste problem?”

After a field trip to City Hall where they talked to Mayor Steve Dallas about waste in our community, they decided to bring their concerns to the city council members.  Using their classroom resources to research local waste, they decided that single use plastics were adding significantly to the amount of waste in Carmel and have a significant effect on marine life.  Twenty-three students wrote letters to the city council and 4 students presented their findings to the city council at a council meeting.  Thanks to Carmel River School, student efforts and those of city officials, restaurant owners and local environmental advocacy groups, the Carmel City Council unanimously approved the ban on single use plastics including plastic straws, cup lids and utensils

What started as part of a Project Based Learning question, resulted in not only strengthening learning skills, but teaching students how to bring issues to the attention of governmental agencies in an orderly, thoughtful way.  It required the students to learn about environmental issues while participating in the workings of civic government.  Their contributions to the new amendment included the addition of plastic straws, cup lids and utensils to the biodegradable/compostable or recyclable list of food packaging materials allowed in the city.  It’s a bit of good news that the Carmel River School students are concerned about the environment and have learned how to voice their concerns to a governing body that can act on them. Information gathered through an interview with Niccole Tiffany, Fifth Grade teacher at Carmel River School.